For a while now we’ve been working on an app and what a journey it has been! It has been one of the most unique, challenging and rewarding projects that I’ve had the pleasure of being involved with in my whole career (thats a few years at this stage!). The reason I say that, is that creatively it’s been challenging, technically it’s been testing and as a project it’s been very enlightening, we’ve even had to wear tuxedos – (swoon!)

The app itself is ‘The Social Skills for Autism’ app, it’s designed to teach children, adolescents, teenagers and young people with autism the social skills they need to operate effectively and comfortably in social situations. We also created range of supporting design material as well, from websites, animated videos, info graphics, Facebook campaigns to pocket folders and invites.

The Shine Centre for Autism, a Not for Profit, Registered Charity based in County Cork in Ireland, have been working with children, adolescents and teenagers with autism and their families since 2001. In 2010 the Shine Centre developed an in-house programme called Personal and Life Skills (PALS) to help children and teenagers learn and understand about the often confusing social world that surrounds them. The PALS programme had consistently shown very encouraging results for those who attended the programme. The problem with the PALS programme was that it was classroom based and limited in the number of children who could attend. Due to demand they decided to make the programme app based and reach a worldwide audience… and boy are we glad they did.

So where to start…

Following initial talks with the charismatic and empowering Denis Collins, we went and met with the amazing folks at Shine to talk through the project, and to hear first hand of the impact that the program has made to the lives of these incredible children. Then, as if this wasn’t enough, Laura mentioned that they were thinking of creating an alien character that crashes to Earth… instantly we were sold and the rest is history!

So with an idea of what they were hoping to achieve with the app and a loose creative brief, we put on our thinking caps and started working out how we could tie everything together. With the app being for people with Autism, we had to be very specific with images, phrases, colours etc which was an interesting challenge and a whole new way of focusing and developing the design. It also had to be fun, engaging and simple to use. 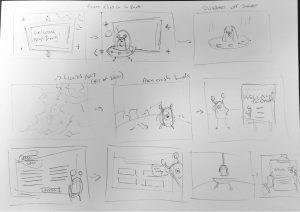 The idea was that our Alien character would crash land on Earth and instead of you (the user) being in the spot light, we would turn it round and make it so that you’re teaching ‘Kloog’ our alien friend. Rather than simply having lesson 1, 2 and 3, we thought it would be more engaging to break it down into missions, to repair the ship, fix the engine and charge the ship. That way it would give more purpose and interest to the user, to want to work through the lessons. There would be a variety of explainer lessons, followed then by a quiz and after successfully passing a quiz you would collect various parts etc to fix Kloog’s ship and get him back to his home planet of Zugopolis! 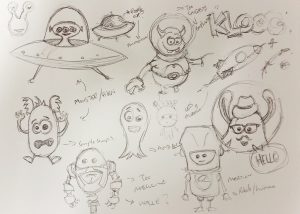 My first challenge was to tackle the alien character…do I go classic green alien, a martian, friendly Monsters Inc style – wait, is a monster actually an alien? Should it be a robot so it’s more neutral to gender, how many eyes should it have!? It was absolutely amazing, it was like being 10 again, sat scribbling aliens on a piece of paper, making up my own worlds! With facial features being absolutely key, i decided to go with a character that had simple features and limbs without making him too childish. It had to be easy to create various expressions and moods, this way he would be much easier to animate. 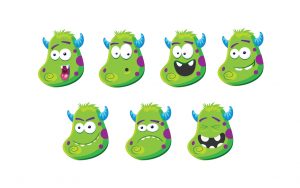 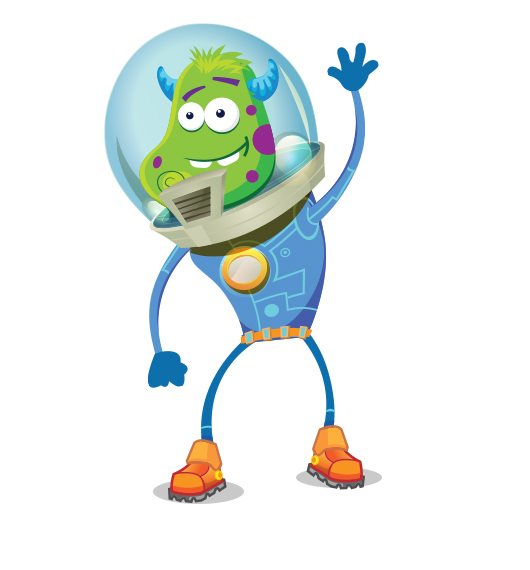 After ‘Kloog’ was decided upon, it was just a transition of me slowly becoming ‘Kloog’ as the more we worked with him, the more he came to life. The design style of the app very much built from the direction we had gone with for Kloog and the techy wizardry all started to happen. 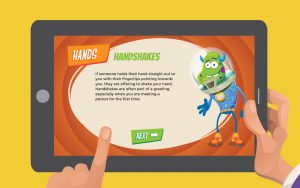 The real magic of this project is the difference it will make. We had the absolute pleasure of meeting Ben and Kieran that had been through the PALS programme. They came in to give us their thoughts, feedback and ideas on what they liked, didn’t like or how things could work differently in the app. I can honestly say I was blown away, it was some of the most rewarding time i have ever spent in my life (especially after talking about the original transformers movie and their own creative stories).

Ben and Kieran made every single minute of this project worth while, the ideas and genuine honesty in which they were able to speak was mind blowing. The only negative was that it highlighted how cruel the world is and can be and how vulnerable people with autism are. This only motivated me more to make sure I delivered the best product I possibly could. if I can make a positive impact on peoples lives – that would make me very happy. When Ben was leaving the office he turned around to me and said “you have potential” and knowing that he absolutely meant it, was one of the greatest feelings i’ve ever had (you had to be there I guess).

It’s only fair to say that the reason we’re so proud of what we’ve achieved is down to the amazing team and people that have been involved, not just within Doodle, but right from The Bon Secours who have supported the whole project, Smarter Senses Chairman Denis Collins, The team at Shine, Laura, Kieran, Jack, Eoin Motherway – just everybody involved. It’s because of this, I feel that it’s something we can all be proud of. With so many people involved, It’s very rare to have everyone working so effortlessly together and for that we just wanted to say a huge thank you, it’s been a huge privilege to be involved in this project and we hope that shows in our work.

All we need now is for everyone to get behind Kloog and help changes peoples lives for the better! So be a legend and head over to this link and treat yourself! You’ll be helping us make a difference. (Available in the app store soon)