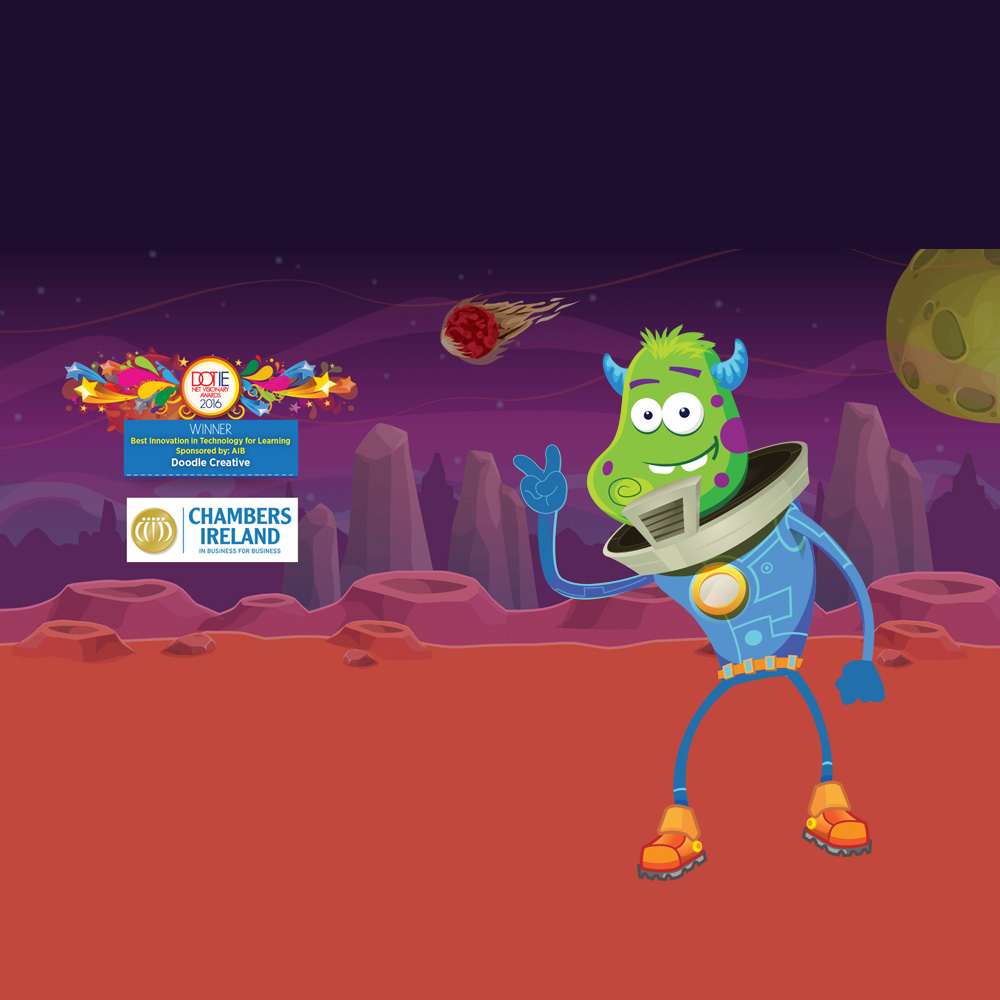 The program for the Social Skills for Autism app was developed by the Shine Centre for Autism. The Shine Centre had developed an in-house programme called Personal and Life Skills (PALS) to help children and teenagers learn and understand about the often confusing social world that surrounds them.

The PALS programme had consistently shown very encouraging results for those who attended the programme. The problem with the PALS programme was that it was classroom based and limited in the number of children who could attend. So Shine began work on the idea of bringing PALS to an app platform. Shine made contact with us and from the very initial meeting we wanted to help and get involved. The work they put in and the difference they make to peoples lives is truly humbling. It then got even better when the ran through the brief and they explained that they wanted us to create Aliens and new galaxies to tie the app together!

The main character in the app is called Kloog a friendly but slightly clumsy character. While great fun to create, we had to consider a lot of elements when designing him. As the target audience was young children on the spectrum he had to look simple, fun, approachable and most importantly have simple features to highlight facial expressions, as these were key in connecting with the audience.

We’re very proud of the Apps on both a personal and professional level. It’s not very often you get the balance of a really creative project, great content and great collaborative teams all working so well on a job. As well as producing work that really has life changing potential. The first APP has been downloaded over 50,000 times and is a testament to the handwork and love that was put in to it. It as also won 2 National awards, we don’t normally toot our horn very often but…TOOT!

The first app in the series was ‘The Social Skills for Autism’ app. At the start of the app the user will meet Kloog, an Alien from another planet who has crash landed on earth and does not understand social customs or social situations. The idea was as the user you have to help Kloog understand our social rules and customs, so rather than be the learner we wanted to twist it around so even though you’re learning, it’s the user that is playing the part of the teacher. As the children respond well to rewards/achievements you have to collect parts for Kloogs ship so that he can return home and these were unlocked through out the lessons.

Throughout the App we came across plenty of creative challenges. Simply turning a classroom lesson plan into an app wouldn’t work. A full story and storyboard was created, to allow a definite ‘journey’ and that it felt like progress was constantly being made. Breaking down the content in a way that didn’t effect the educational nature of the content was very important. We had to make sure that while the content was very legible and easy to follow, it was also interesting and engaging so the user didn’t lose interest or get easily distracted.

We built in a number of animations throughout the app to help explain the story, bring in humour and build personality within the character. The children responded really well to slapstick humour so Kloog became clumsy and we were able to introduce funny videos as a reward for completing a lesson section.

We created a wide range of promotioanl material for Kloog, Ranging from rollup stands, t-shirt design, mugs, presentation folders’ we even built a full size costume for the launch of the App. Along side this we built a social media campaign to drive traffic to the website and increase awareness and downloads.