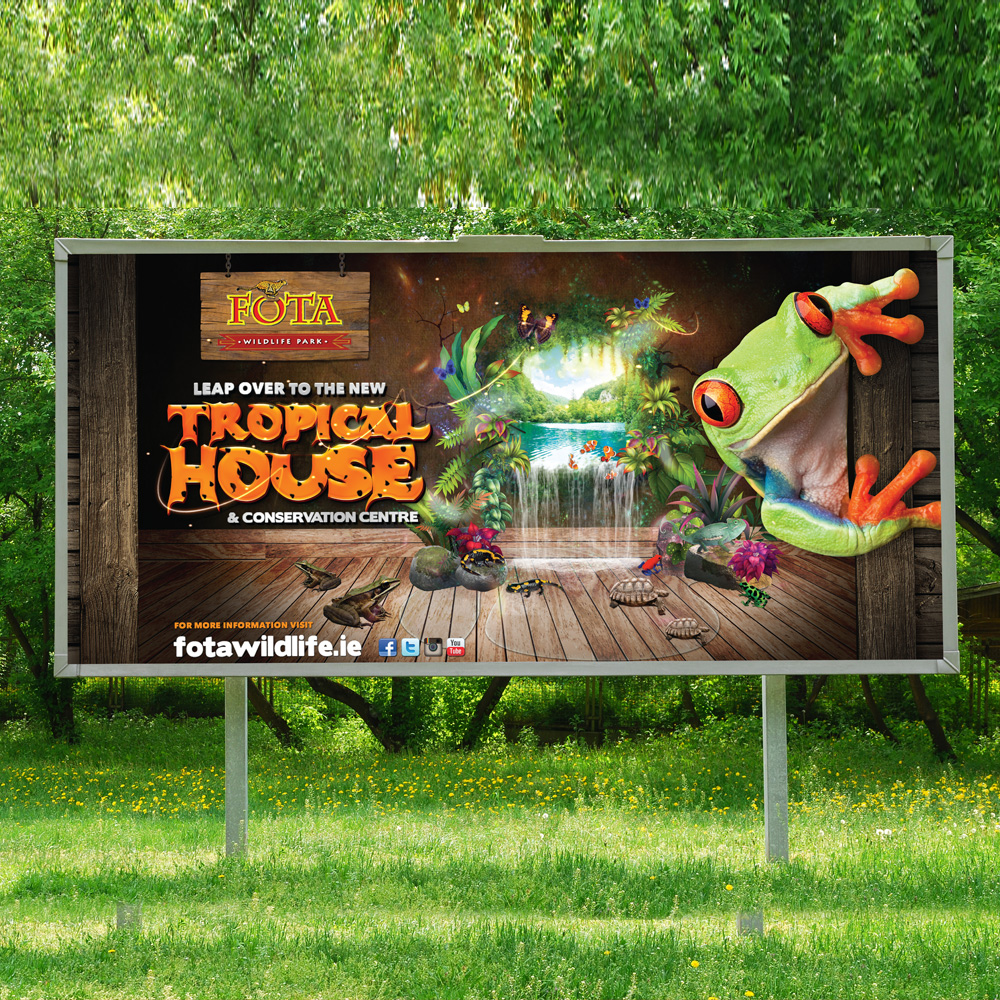 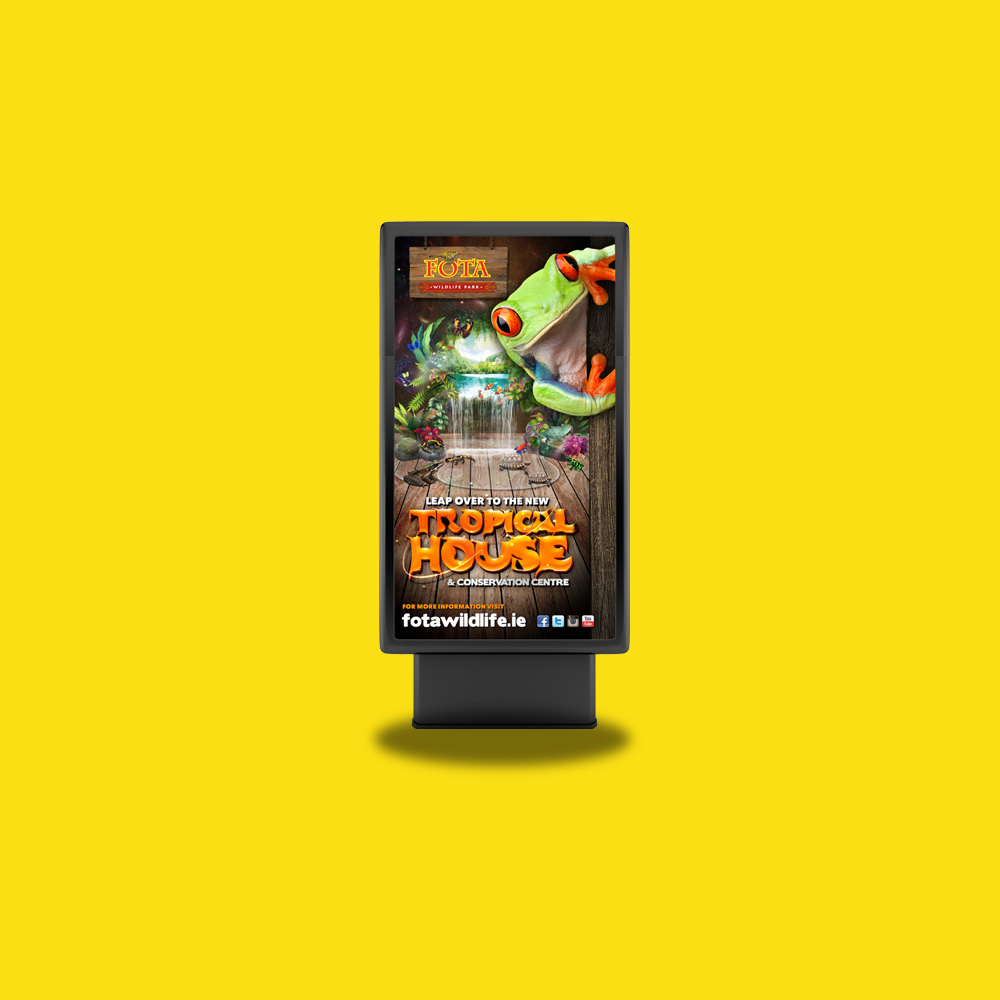 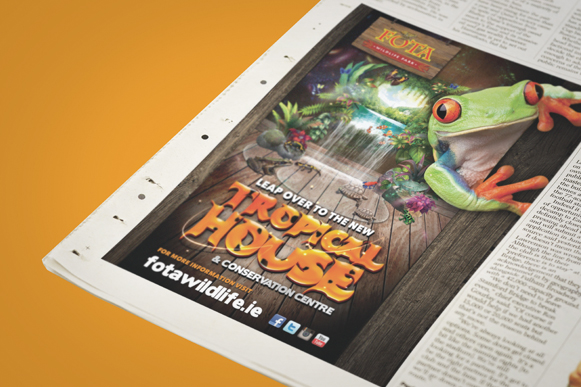 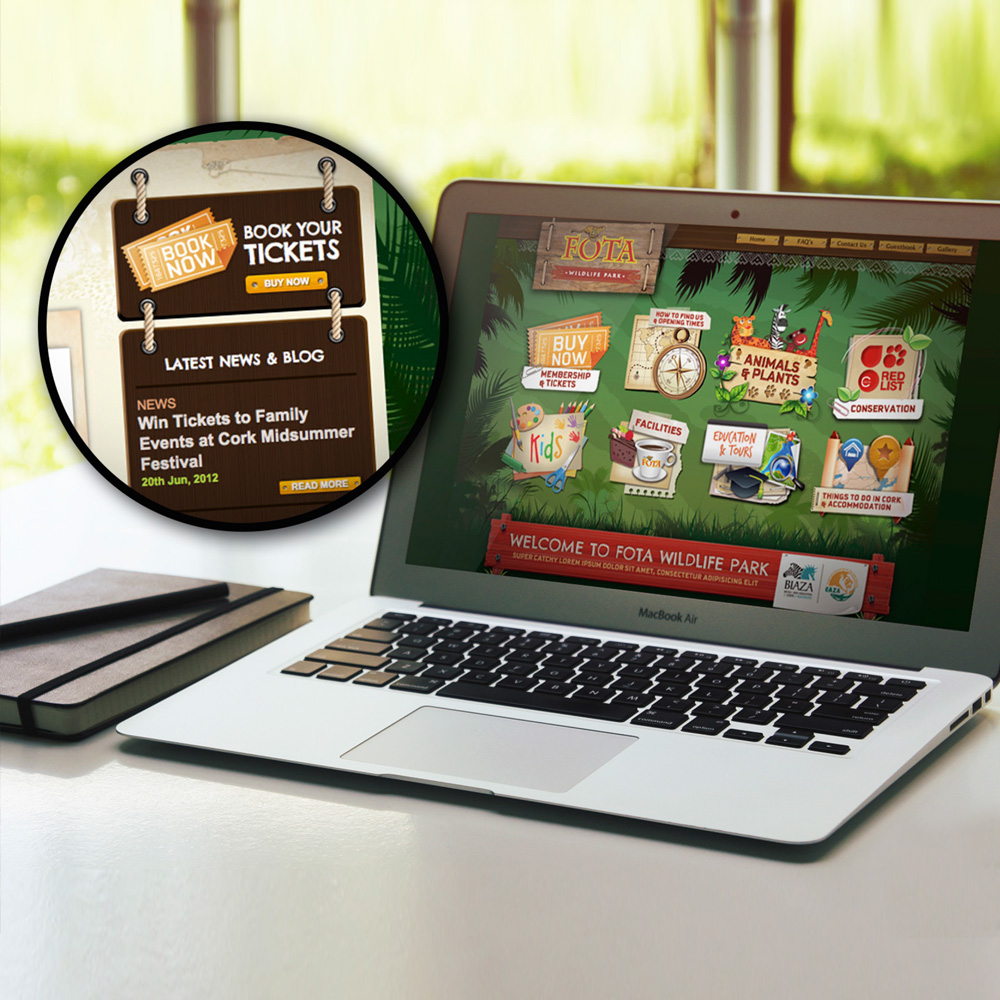 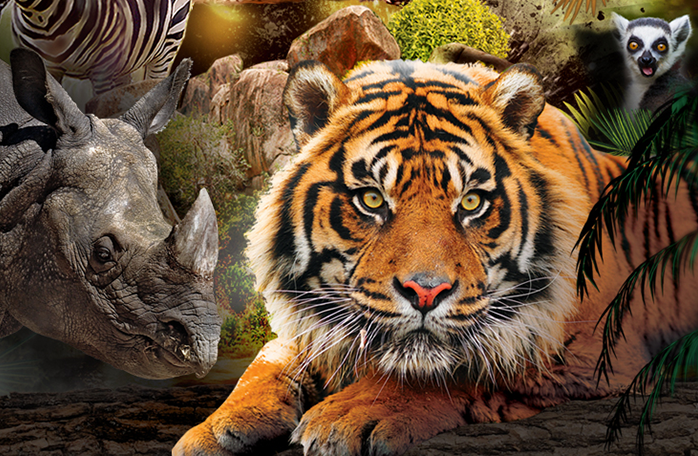 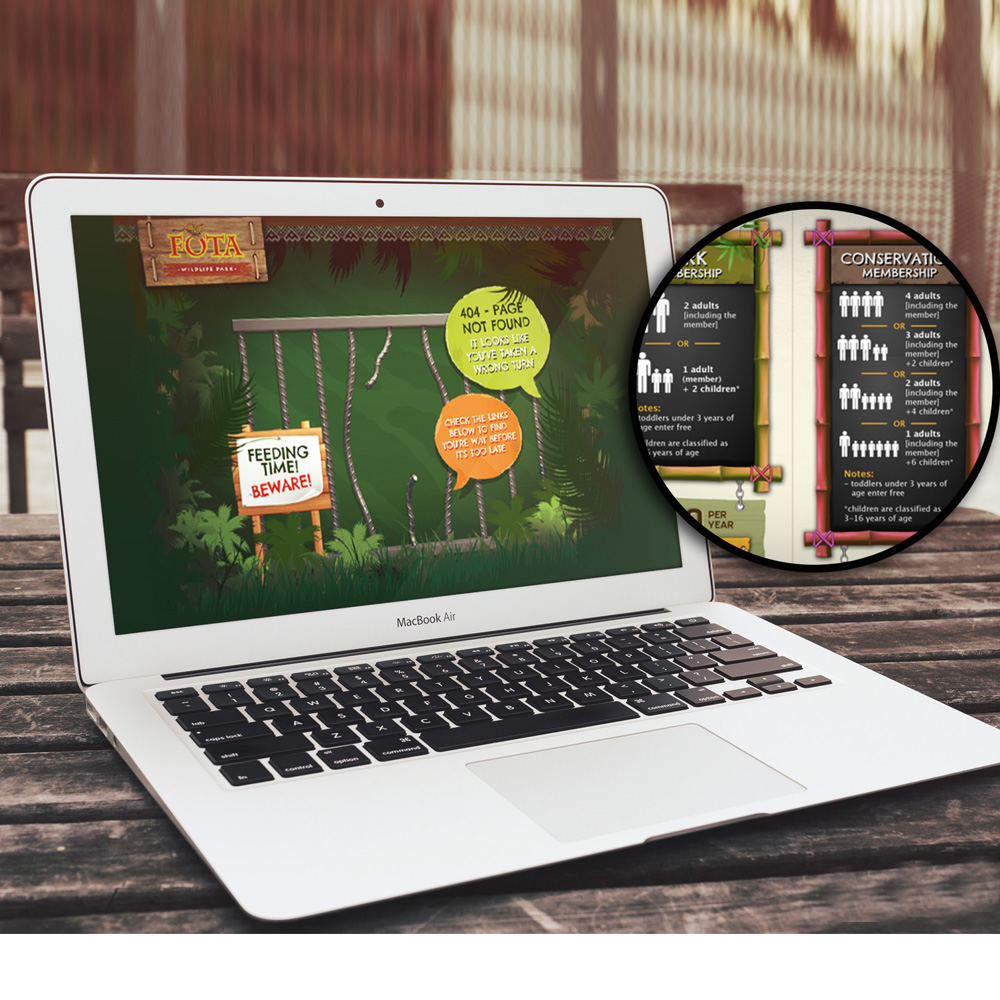 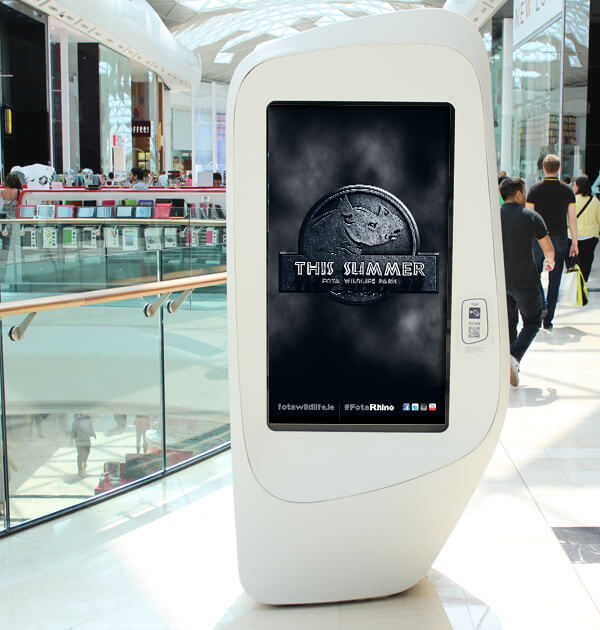 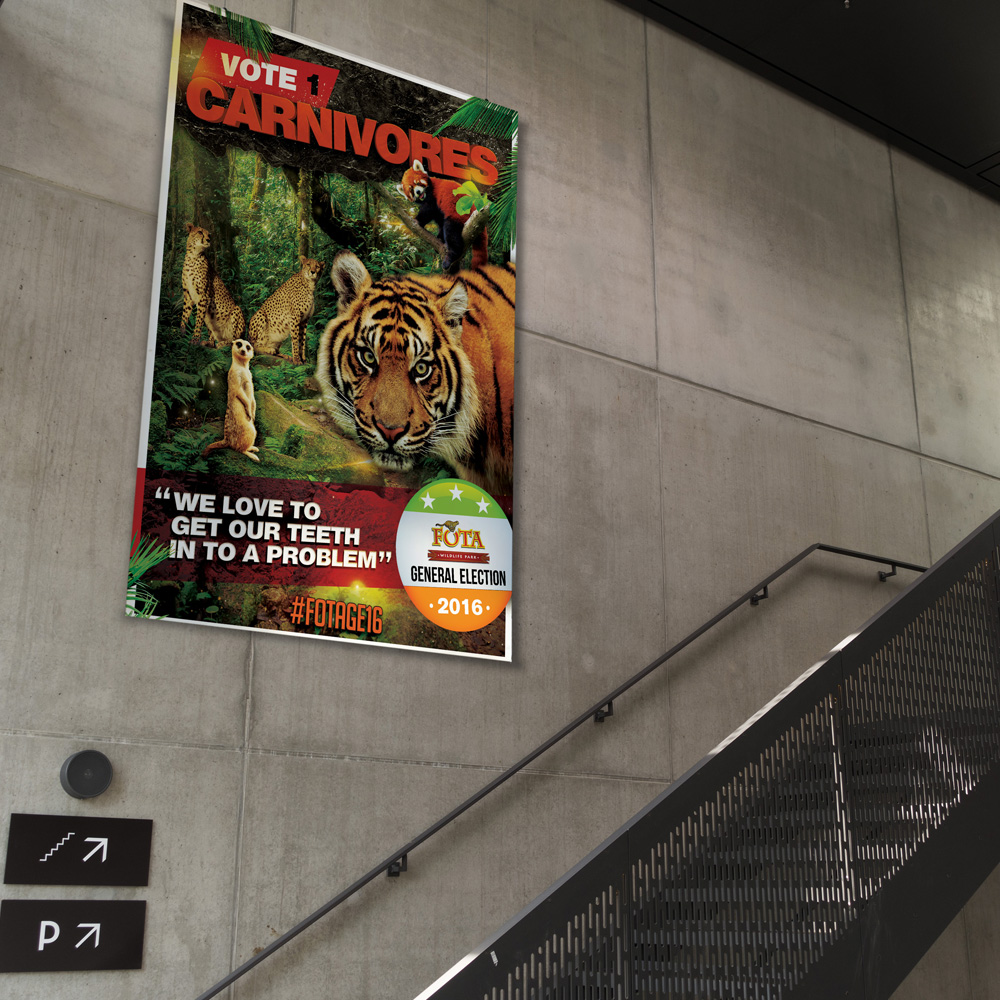 Fota Wildlife Park, is located on 100 acres at Fota Island and has an annual attendance of 440,000 visitors. It is currently the second largest visitor attraction in Ireland outside of Leinster. We have worked with Fota on a number of projects ranging from their ‘Golden Spider’ award winning website to printed brochures and marketing campaigns.

With a huge expansion being developed at Fota to bring in a Tropical House, a Tiger, a Rhino and a Lion over 3 years. Fota approached us to develop a number of campaigns to develop awareness and drive interest for visitors.

The first of the creatives was to promote the opening of the Tropical House. The idea behind the creatives was to match the ‘alive’ experience of the House. The main piece was for the billboard, so we built depth in to the design so it worked if you were driving past or if you had more time to look at it you would start to notice all the other animals.

We broke the Rhino campaign down into 2 creatives. One was a much darker mysterious visual that was used as a teaser to build up interest and the 2nd was to tie in with the release of the Jurassic Park movie and piggy back on that interest too.

For the Lion campaign we used the Lion King as our inspiration. The idea of the Lion sat on the rock but using Cork as the background to highlight Fota’s location.

We’ve worked on a number of awareness campaigns and this one was to tie in with the Irish Elections. The idea was to break the animals down into their categories and produce Election style posters/graphics. These were then taken to schools for the children to vote for the favourite and we introduces a colouring competition where the winner won a trip for their class to Fota.

Other campaigns include the Christmas gift vouchers. We took this opportunity to go pun tactic and create some funny visuals. These were then released through social media to promote the availability of gift vouchers.